(Of course he’s my most valuable treasure.) 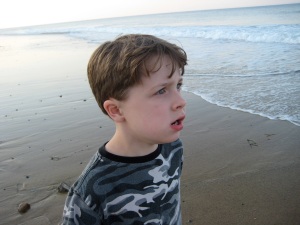 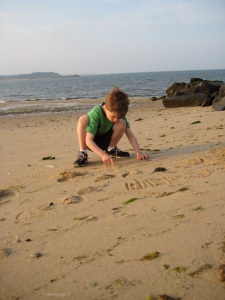 Vacation!!! Each day we get up early, walk to the beach and search for treasures. We found a great fishing net, a football, 2 shovels, a beaded bracelet, a key, a boomerang, a toy whale and a toy seal, among other things. If you get there at the right time (early) and wait for the right tide level (super low) you get first pick of all the washed up stuff. It was like a tag sale, but free, and mostly stuff you’d use at the beach anyway. If we hit the beach later in the day, we’d mostly look for shells, beach glass, gull bones, hermit crabs, horseshoe crabs, etc.

Jack: What does “etc” mean?

me: (peering over his shoulder to see where it’s used in the book he’s reading) Oh, it means “and a bunch of other stuff”, so they use it instead of writing out a huge list of things.

Jack: How do you say it?

Jack: Then why do they just put the E and T and C?

me: It’s an abbreviation, so they don’t have to spell it out.

Jack: But it’s a book. They’re spelling out all the words anyway. And it’s typed on a computer.

me: So you’re saying they’re lazy?

And here are a few shots of Jack the sk8tr dude. He’s so psyched to learn how to skate and there is the coolest skate park right near the house we rent. 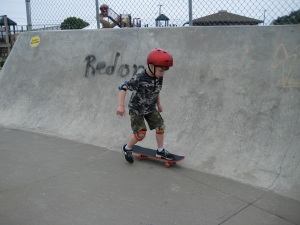 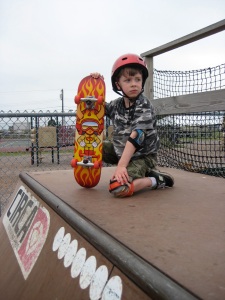 2 thoughts on “Treasures on the beach, skateboards, etc.”