It’s basically how Jack and I communicate. Or how we don’t communicate. Sigh. I get lots of ignores (even though I see he read my text!!!) and lots of one-word answers…aka text version of grunting. How does your teen communicate?? 🙂 Or do they??

Ok granted I’m the most random texter of all times. Maybe I need to dial it back a notch. But I miss himmmmm 🙂

Here are some random texts and responses from this week …

me: (I was away in NYC at a class sending pics) That’s Madison Square Garden and the One World Trade Center Observatory in the background…

(The next evening… Mr. Talkative is in gray)

This was after I watched a video on camping in Australia… sooo good.

me: Jack…Look up Champagne Pools on Fraser Island in Australia. I want to go! Want to go?

(And here’s another… From this morning actually)

I’ve asked Jack to do this before when I first heard about the exotic duck. Apparently he’s not interested in duck hunting in the cold city lol.

And this was when Jack was coming home from NYC. He’s so talkative and I can’t get him to stop 😆😆😆😆 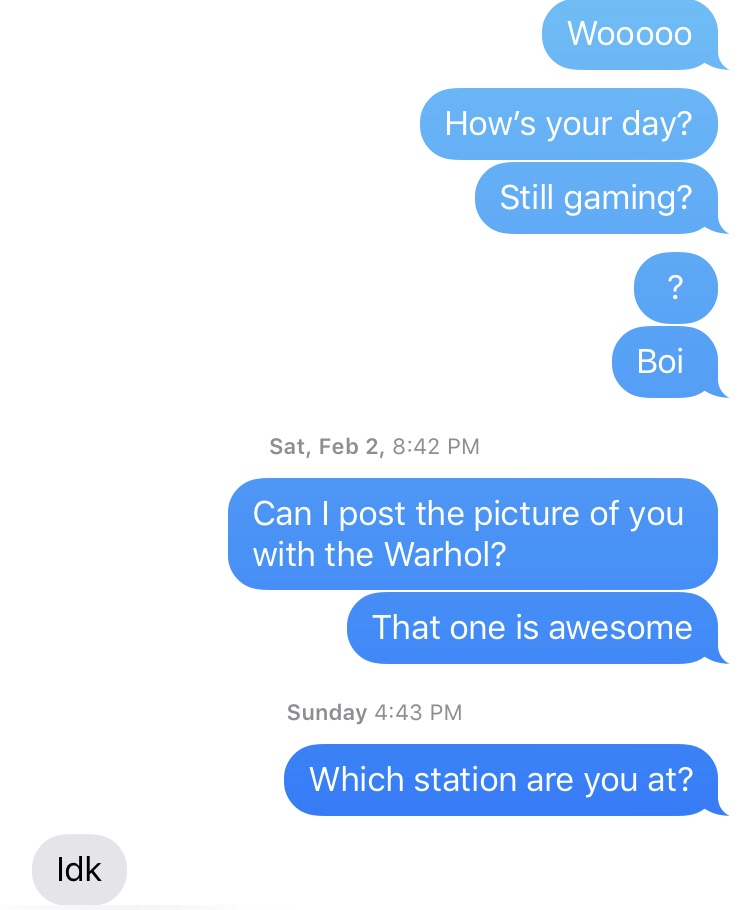 Yeah so that’s life with a teen. It’s one of the reasons I talk to my dog lol!

And possibly to my cats…shhhhh….