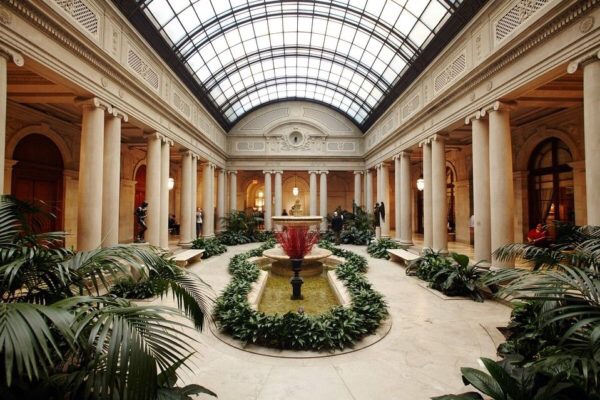 I always try to suggest things for Jack to do when he goes to NYC. I really want him to learn and see and experience all that there is in the city. He prefers to stay in his room playing XBox. 😦

me: What about a show?

me: What about going to Central Park?

me: What about finding a street fair?

me: Hold on I’ll look up some things to do. (I pull out my phone and start scrolling) What about one of the museums? There are lots of shows…

Jack: We always do that. We went to the Whitney and MoMA…

me: Oh hey there’s something at the Frick Museum. Actually it’s called the Frick Collection. Geez I had totally forgotten about the Frick.

Jack: Yeah. So did everybody else.