Today we had a 90 minute delay due to snow so I had to drive Jack to school. We made a quick stop at Dunkin’ Donuts for hot cocoa. The puppy Moca went into her crate nicely and Bella was enjoying the peace and quiet.

We were driving along when Jack saw one of his friends standing outside waiting for the bus.

me: why are you yelling that at that kid? Is that what you guys call each other?

Jack: no, I called him a scrub because he’s annoying.

Me: oh, I thought he was your friend, but he’s annoying?

Jack: he’s not really my friend he’s just very annoying so I call him a scrub.

Me: well, how annoying to you have to be to be called a scrub? What does he do?

Jack: no he doesn’t do that he just annoys me.

Me: what exactly does he do to annoy you? Tell me what he does that’s annoying to you.

Jack: kind of like what you’re doing right now.

I’ll leave you with a recent photo of Jack from the other day, and one of Moca this morning with her sweater and boots. We had just come in from shoveling the driveway ha ha. 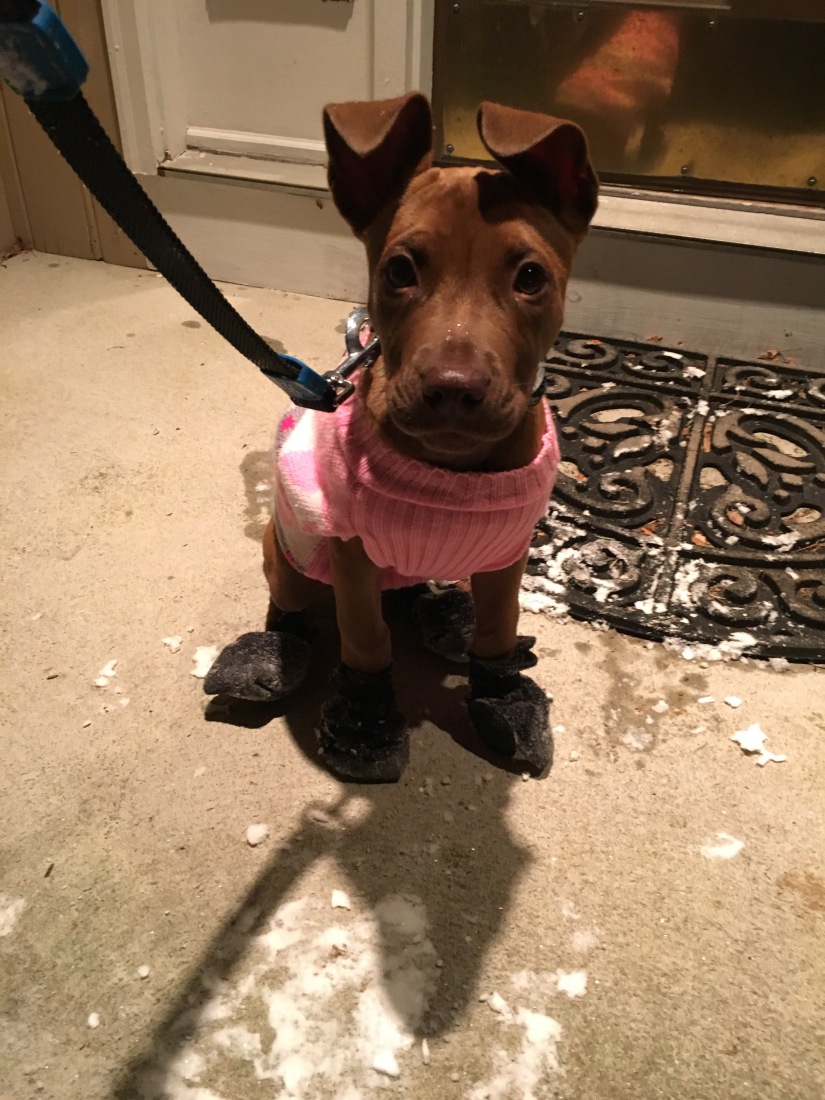